Designed and built as a club, later on as a cinema, thanks to a light intervention which allowed an increase of capacity, the building has been transformed in the new headquarter of an advertising agency.

The project consisted in designing new offices and a new open square to allow shootings to happen. 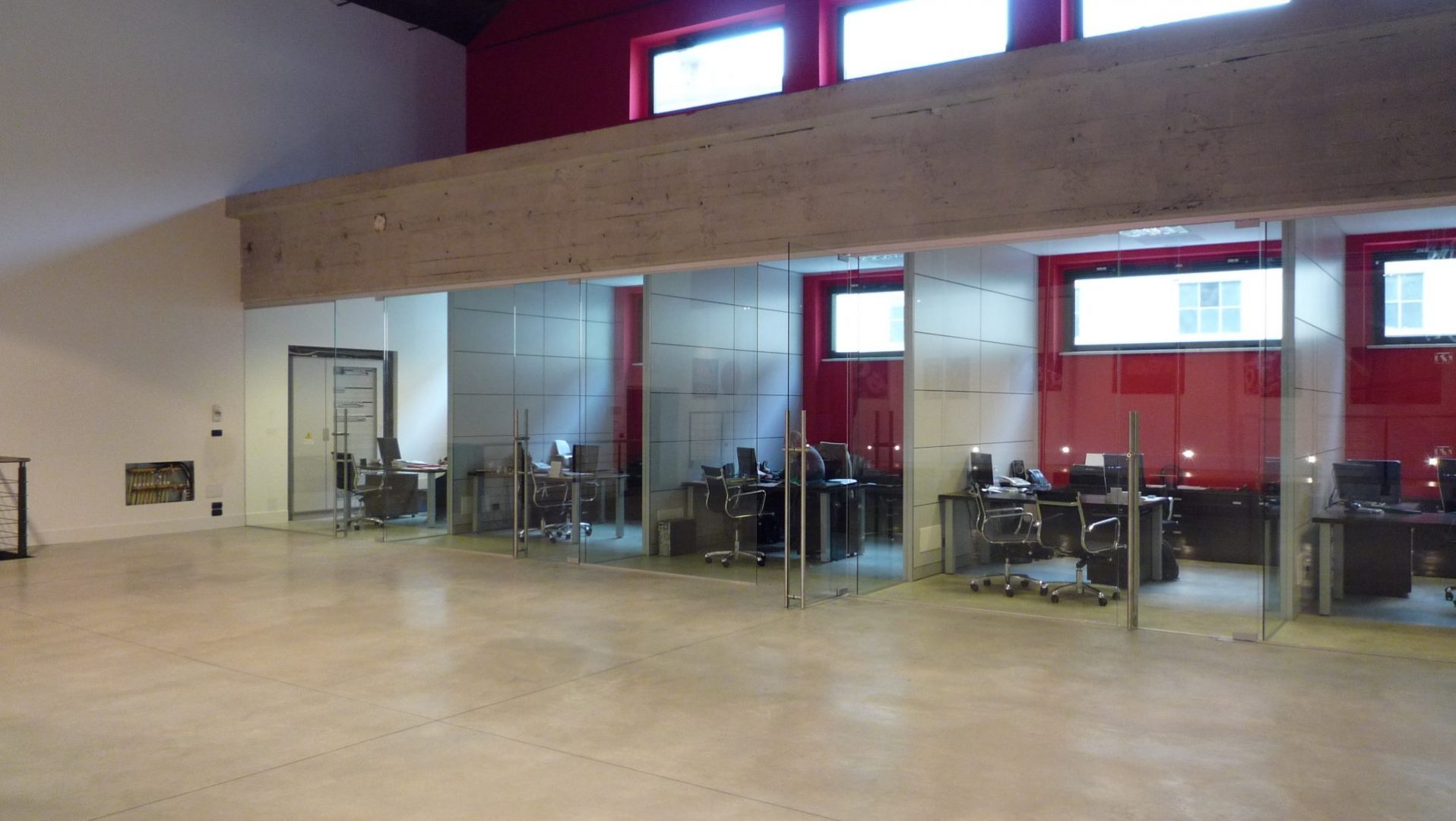 The final conversion and integration

Thanks to the previously mentioned structural intervention, we succeeded in designing new spaces on the lower floor where the garage for the workers, deposits, technical and service rooms are located.

The square, in order to be considered as such, was freed of anything built in height and the dome on top of the building restored, to allow its visibility from every point of view and give the space a sense of wideness. 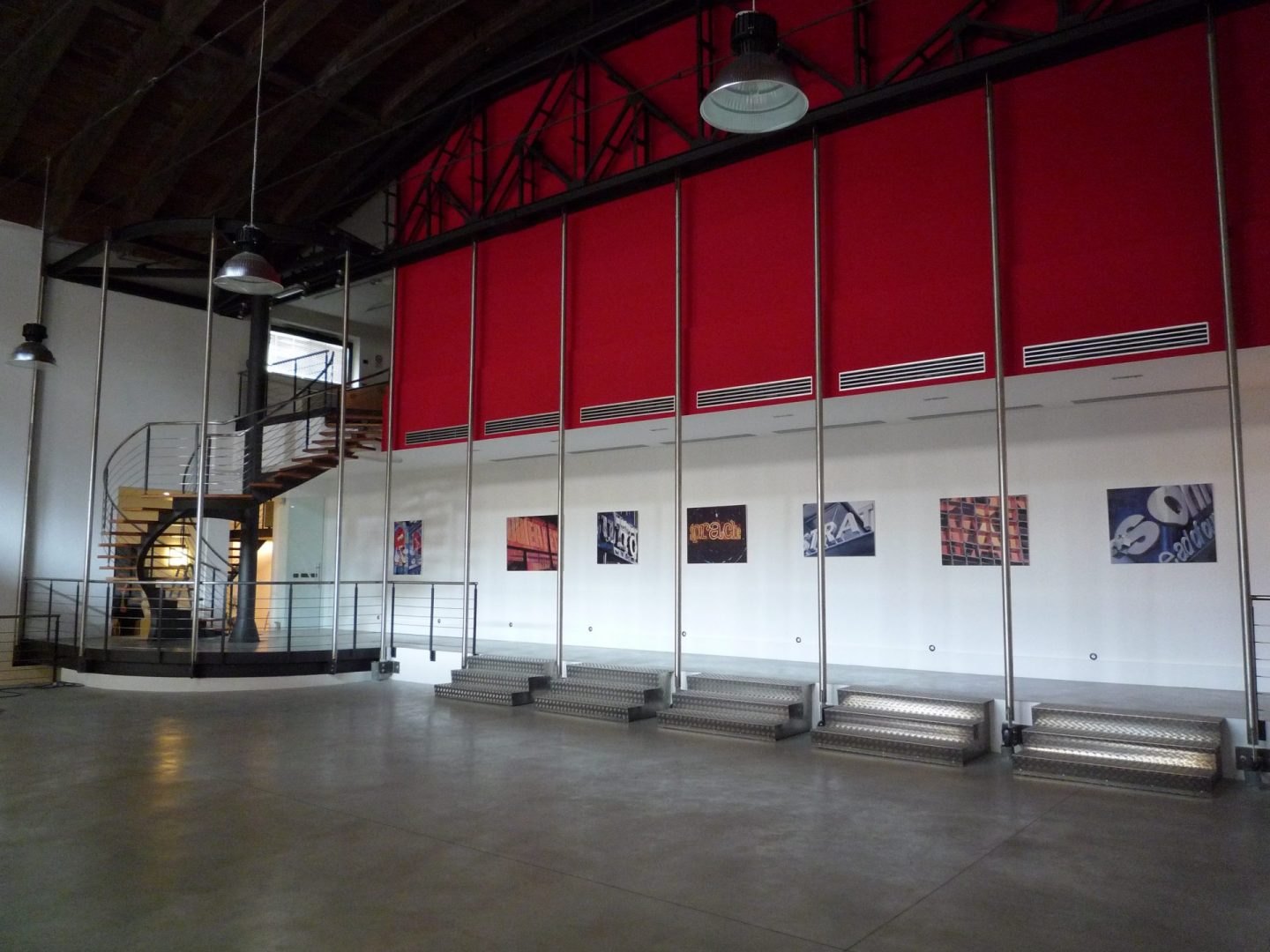 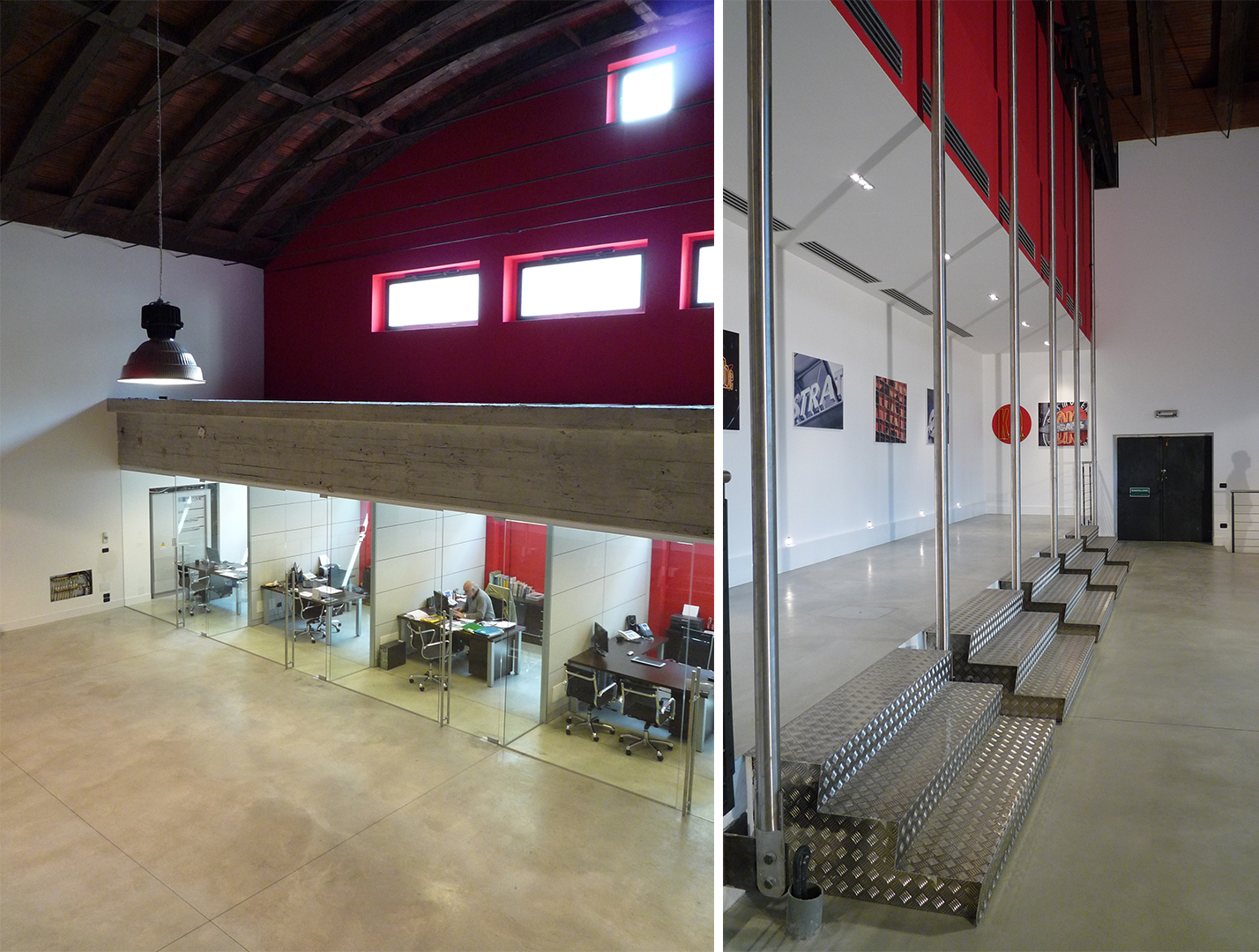 The new offices, located on the back, are designed with sound absorbing walls while, towards the new square, a continuous glazed wall with full height doors creates a bright and warm atmosphere.

The structural intervention consisted in integrating a slab made of corrugated sheets and concrete while using the same concrete as finishing for the pavement. 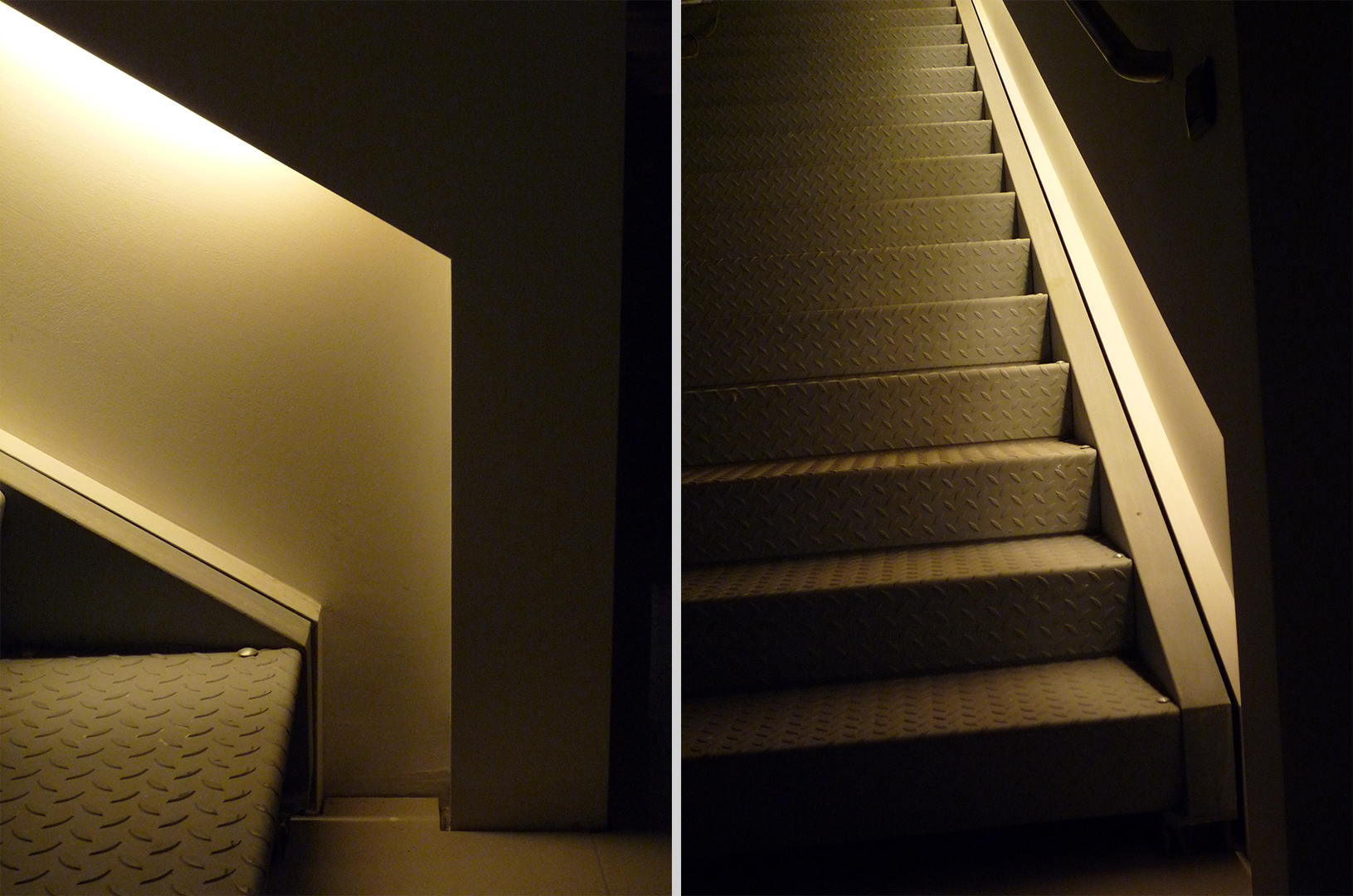 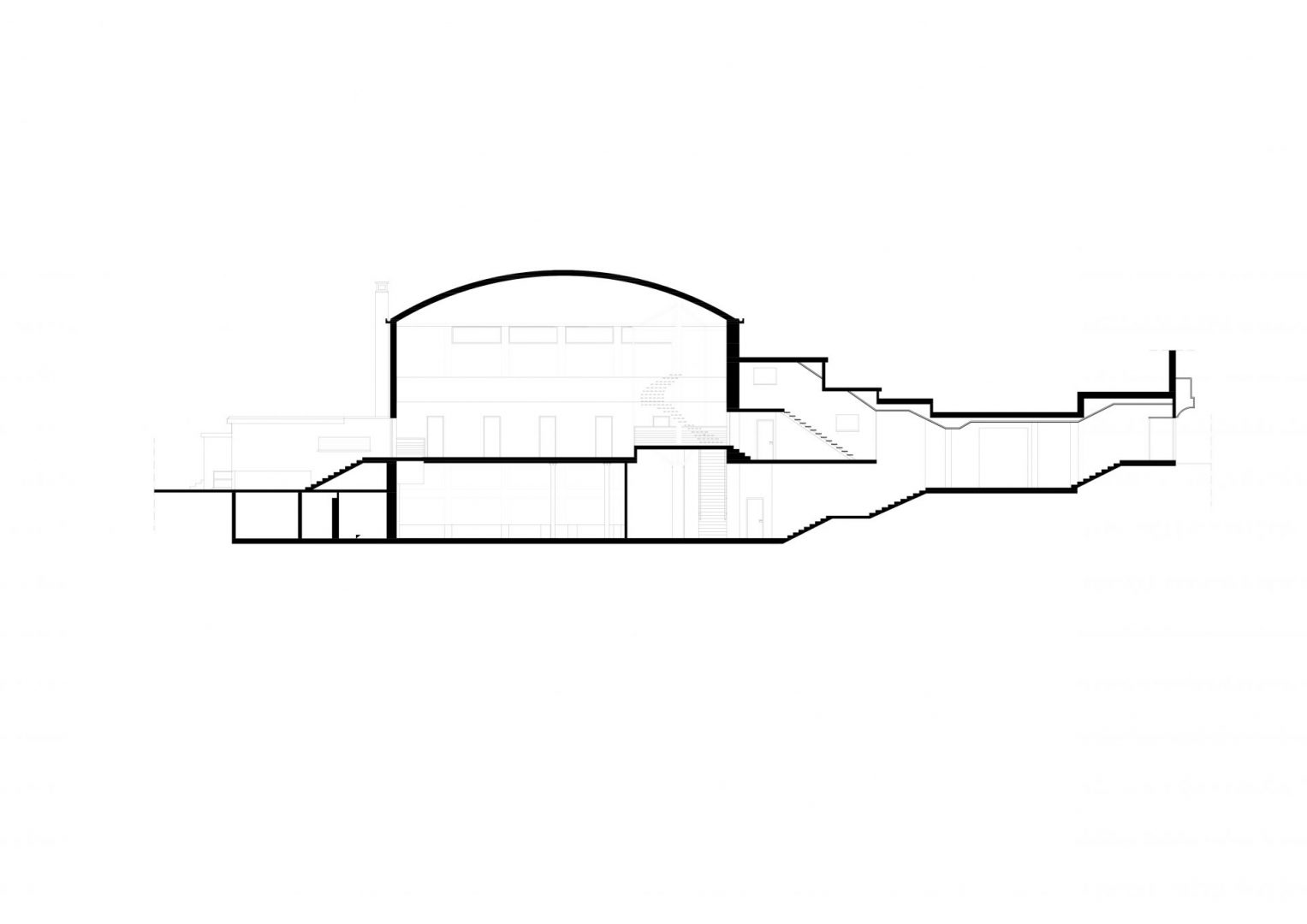 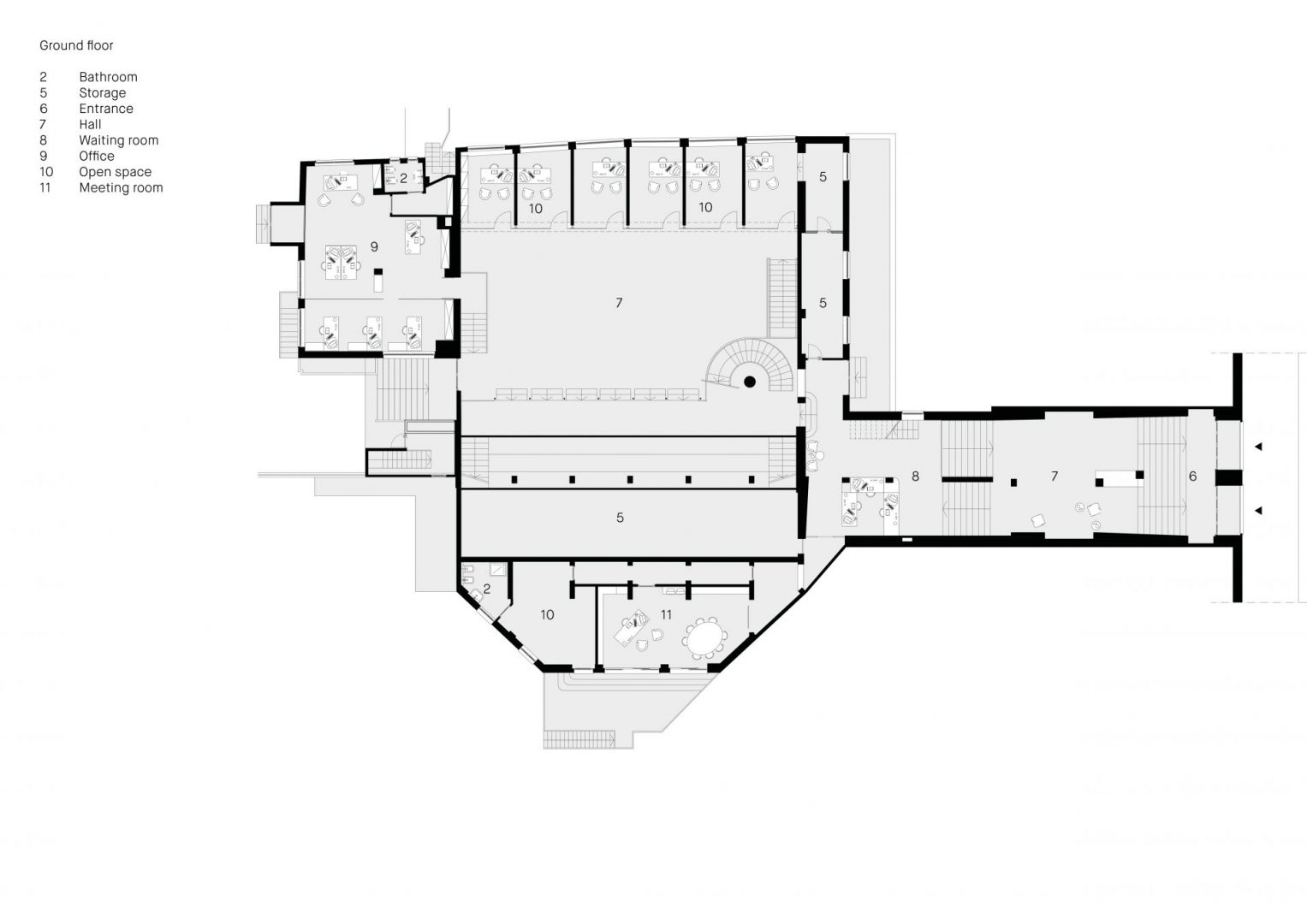 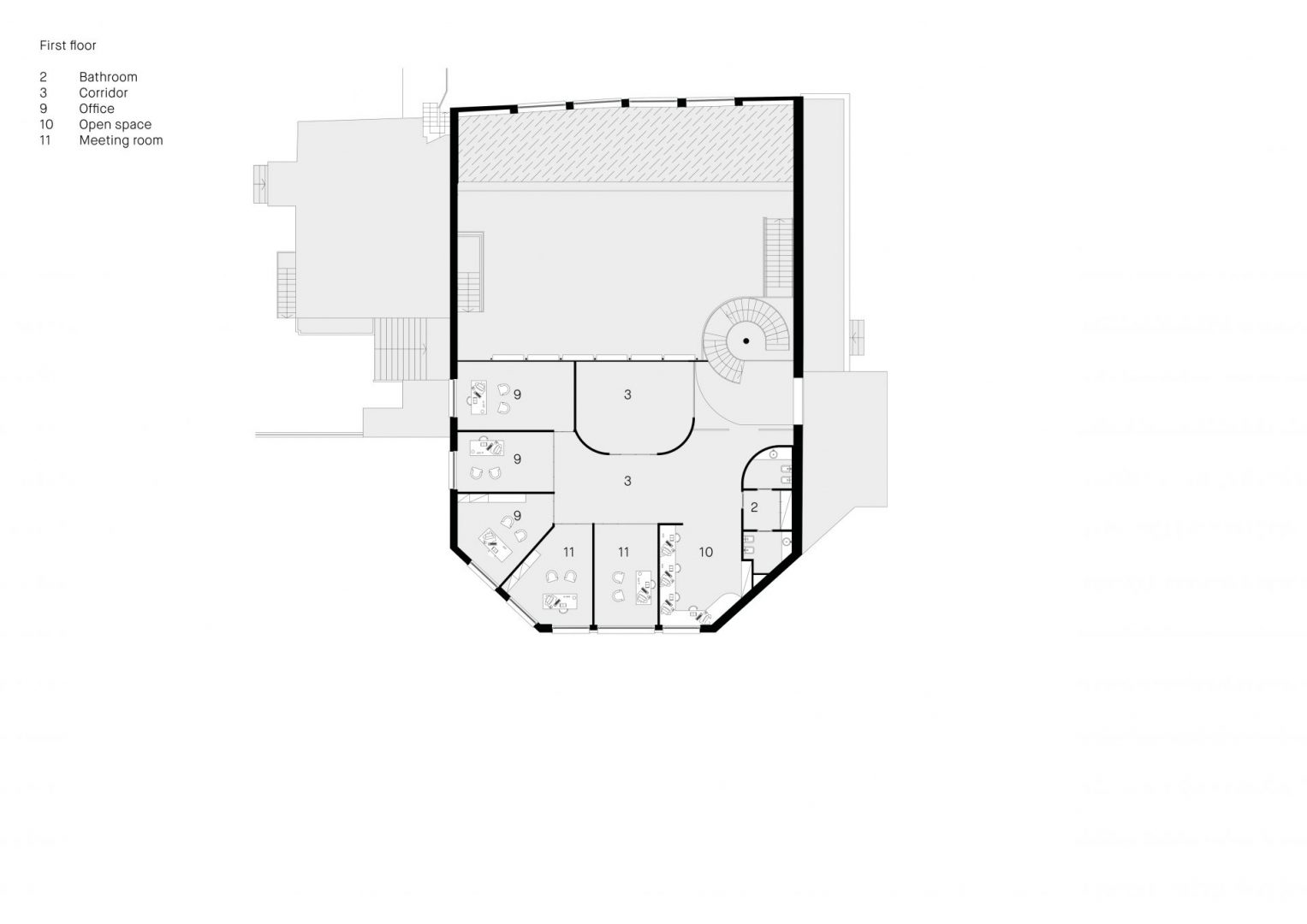 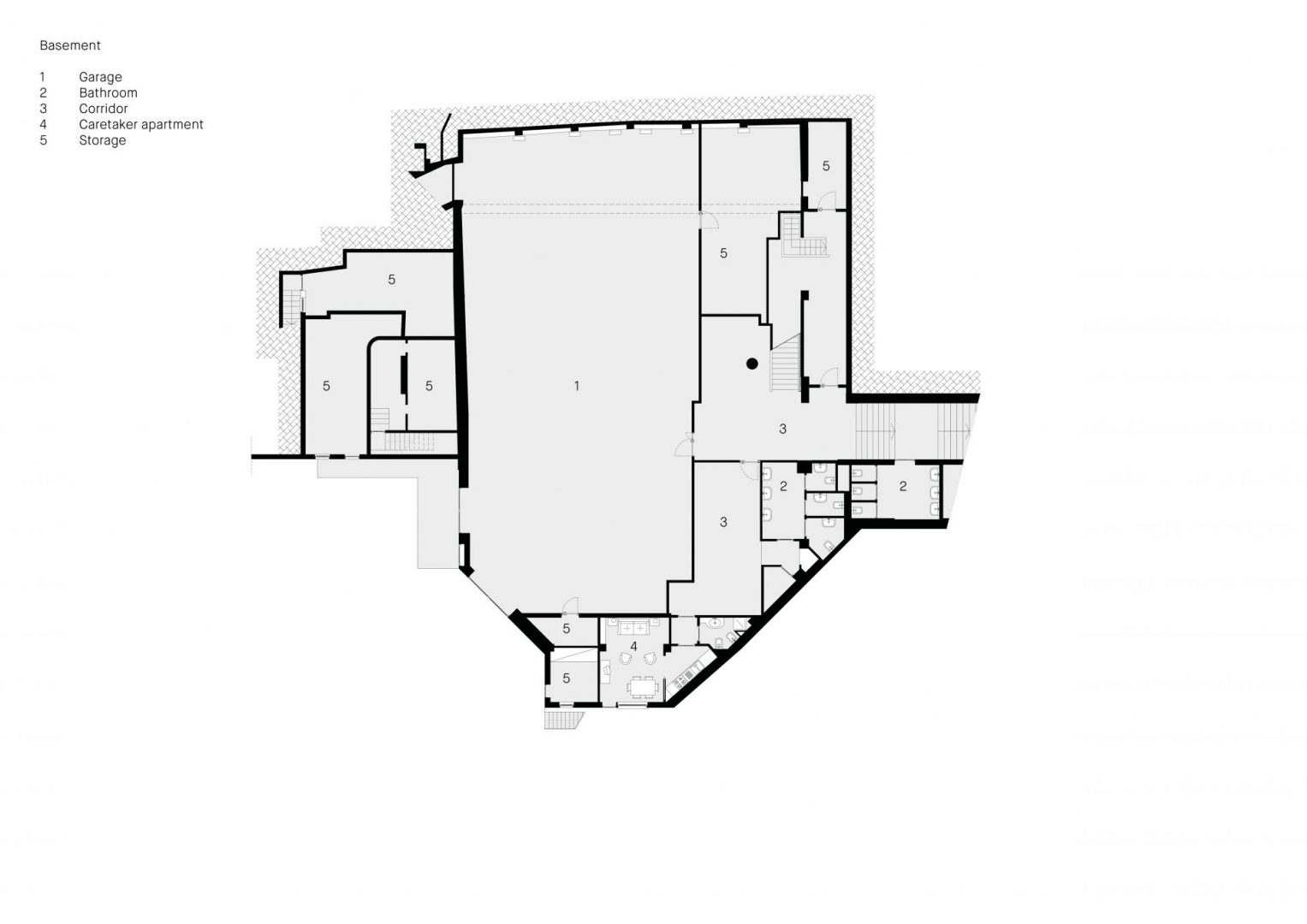 Let's Talk About Your Project